The format of the DumkoFest opinion festival (or democracy festival) is based on Scandinavian practices. The festival is intended to promote effective dialogue between citizens and authorities on how to prevent and tackle corruption in Ukraine.

“Events like DumkoFest are an opportunity to tell people what is going on in Ukraine, in particular with regard to anti-corruption reform,” said Artem Sytnyk, Director of the National Anti-Corruption Bureau of Ukraine (NABU), in his opening remarks.

Tackling corruption has a significant impact on the development of any country, especially if it needs to fight for its own security and economic stability at the same time, believes Eka Tkeshelashvili, the leader of the EU Anticorruption Initiative in Ukraine. “Ukraine's success depends on successfully taking a stand against corruption and establishing the rule of law. The equality of every citizen before the law should become normal. All citizens should have equal conditions for self-realization,” she said.

“The fight against corruption is not just for public institutions. It is also a matter of a society embracing the idea of integrity. And for that, we need active citizenship and everybody to be involved in discussing these issues. DumkoFest is a good example of how we can create such a discussion,” he said.

The festival also featured an “NGO Alley”. Activists, investigative journalists and government officials shared their experience of anti-corruption investigations, described how to use open data to expose corrupt officials, and presented educational programmes for countering corruption, including the “Anticorruption Lesson” from the EdEra project. In total, 17 organizations participated in NGO Alley.

DumkoFest: Anticorruption is the first open forum in which everyone can express their opinions, deepen their knowledge and critically evaluate the course of anti-corruption reform in Ukraine.

The festival was organized by the National Anti-Corruption Bureau of Ukraine and the Estonian Centre for Eastern Partnership with organizational and financial support from UNDP in Ukraine, the Ministry of Foreign Affairs of Denmark and the EU Anticorruption Initiative in Ukraine.

More information about the programme and participants, as well as a video of the discussion, is available at the site dumkofest.org. 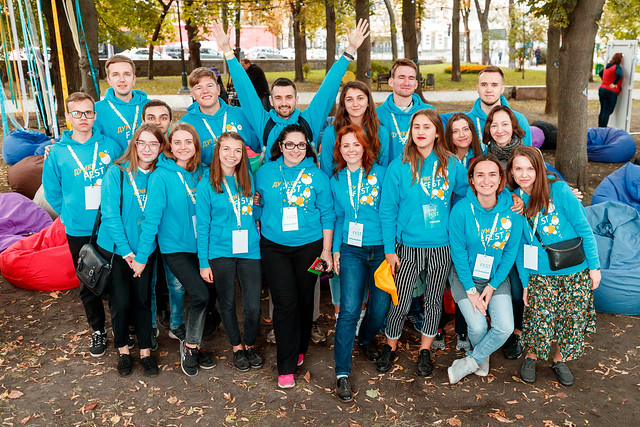