Mariupol, 26 September 2019 – Emergency responders in Donetsk Oblast, have been supplied with nearly USD 58,000 worth of equipment to help them bring, police, fire, rescue and medical services to the population in conflict-affected areas of Ukraine.

The of USD 57,812 worth of equipment – 13 Advanced First Responder Bags for first aid, 13 medical training mannequins, 13 Automated external defibrillators, laptops, SSD drives, projectors and projector screens – was provided to Community Safety Centres under the UN’s Recovery and Peacebuilding Programme (UN RPP) and was supported financially by the European Union and the governments of Denmark, Sweden and Switzerland.

The Mariupol CSS is one of 11 such Community Safety Centres set up in Donetsk Oblast. Under Ukraine’s decentralisation process, local communities, following the example of other European countries, have launched the creation of CSSs in their territories to ensure the proper provision of police, fire and rescue and medical services to the local population.

“Тhe key underlying principle of UNDP’s approach to sustainable development is to strengthen and retain national capacity for development, resilience and prosperity,” Gercheva said. “This equipment will help the emergency services train members of local communities and enable them to foster resilience and improve livelihoods.”

The equipment provided to the Mariupol CSS will be used to help rescue service staff in Donetsk Oblast pass on their skills to the public, strengthening the capabilities of the centre, added Oleksii Migrin, the head of the State Emergency Service of Ukraine in Donetsk Oblast.

“We’re very happy to continue to cooperate with the UN RPP across the whole of Donetsk Oblast, and today our joint efforts to provide safety and security have become even stronger,” Migrin said. “All of us, we local residents, are very thankful for such support, and we’re hoping for further fruitful cooperation.” 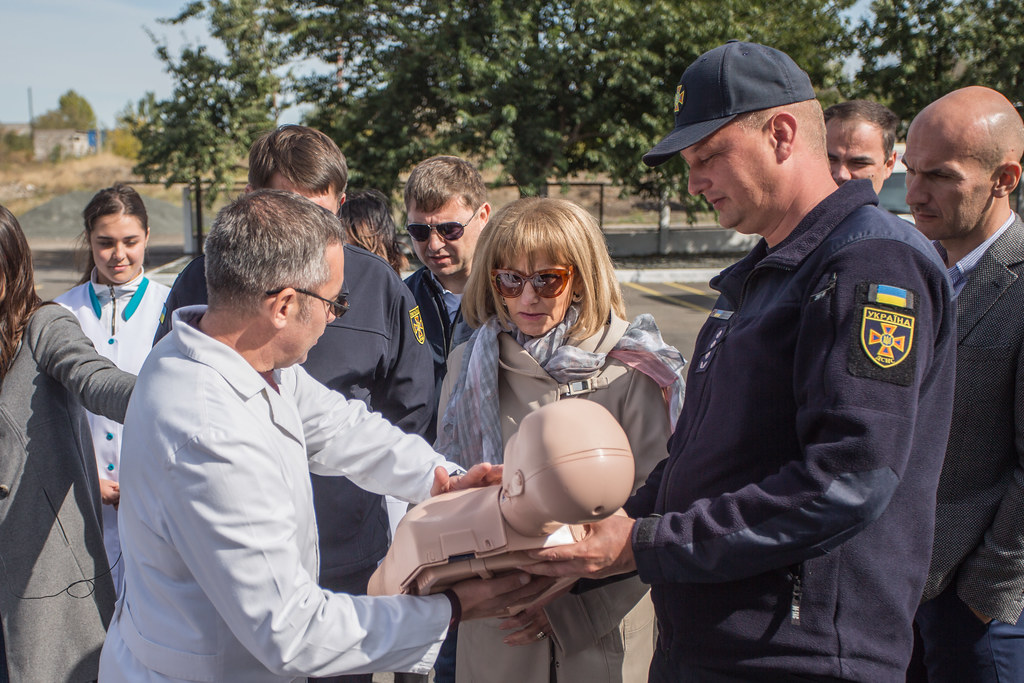