28 November 2019 – Strategies to rebuild trust and cooperation among communities in Ukraine were discussed at a two-day National Forum on Community Security and Social Cohesion, which opened on 28 November in Kyiv.

More than 150 participants gathered for the forum, which was held under the UN Recovery and Peacebuilding Programme (UN RPP), with financial support from the European Union and the governments of Denmark, the Netherlands, Sweden and Switzerland.

Attendees were drawn from civil society, the government, law enforcement and the courts. Representatives of Donetsk and Luhansk oblasts, and of socially responsible businesses and international organizations also took part.

The armed conflict in eastern Ukraine has led to a significant deterioration throughout the country in levels of social cohesion, trust in state institutions, and cooperation – all of which had already been eroded by years of divisive and politically charged narratives about history, language, and patriotism.

The opening remarks at the forum were delivered by judge of the Grand Chamber of the Supreme Court of Ukraine Tetiana Antsupova, UNDP Deputy Resident Representative Manal Fouani, Ambassador of Denmark to Ukraine Ruben Madsen, and Ambassador of the Kingdom of Netherlands to Ukraine Jennes de Mol.

In her remarks, Antsupova stressed the importance of cooperation between the society and branches of power.

“It’s impossible to achieve any results in terms of social cohesion without solid cooperation of the society and all three branches of the government working together,” she said.

UNDP Deputy Resident Representative Manal Fouani pointed out that changes at the local level had to be endorsed at the national level.

“Social cohesion is about embracing our differences and acting together for the greater good of our communities and country,” she said.

“Changes can happen on the local level, but in order to become institutionalised, they need to be discussed and endorsed at the national level.”

Reflecting on their own visits to Luhansk and Donetsk oblasts in their remarks, the Danish and Dutch ambassadors stressed the high importance of initiatives aimed at boosting social cohesion and strengthening community security under the UN Recovery and Peacebuilding Programme.

“Social cohesion is a glue that holds communities together, and it is built by trust,” said Danish Ambassador Ruben Madsen.

Dutch Ambassador Jennes de Mol said he had seen a great example of cooperation between the community and police, who had developed a mechanism for improving security for children in a school situated just 1 kilometre from the “contact line” between the government-controlled and non-government controlled parts of Ukraine’s Donbas region.

The forum also discussed existing practices and the most efficient approaches to community security, access to justice, community mobilization and social cohesion at the local and regional levels, as well as strategies for strengthening them.

This is the third year in a row that the UN Recovery and Peacebuilding Programme has held the forum, which aims to strengthen community security and social cohesion, making sure that voices of communities are fully heard, and that communities themselves are included in the process of developing strategies to reinforce security in eastern Ukraine.

The UN Recovery and Peacebuilding Programme is being implemented by four UN agencies: The United Nations Development Program (UNDP), the UN Entity for Gender Equality and Women's Empowerment (UN Women), the UN Population Fund (UNFPA), and the UN Food and Agriculture Organization (FAO).

The programme is supported by 11 international partners: the European Union, the European Investment Bank, and the governments of the United Kingdom, Denmark, Canada, the Netherlands, Norway, Poland, Sweden, Switzerland and Japan. 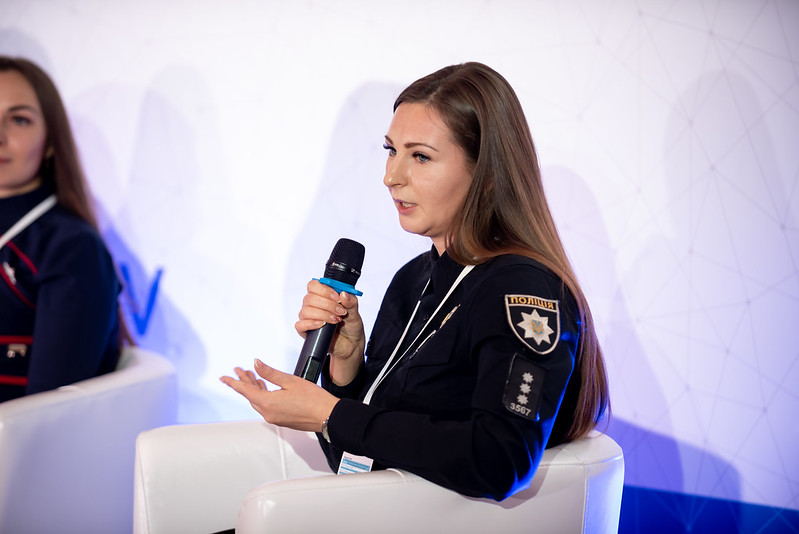