Kyiv, 30 August 2019 – Human rights values should be a backbone of journalism education. The second Human Rights Media Festival brought together journalism students from all over Ukraine to teach them how to raise human rights issues and topics of social relevance. The event is initiated by the Institute of Journalism, the CSO “ZMINA: Human Rights Centre”, and UNDP in Ukraine and is aimed at promoting high ethical standards among young professionals when they cover issues related to human rights, equality, and non-discrimination.

“Journalists give a voice to the ones left behind. You are changemakers combatting discrimination by addressing human rights challenges. Be the change! Only then we can all contribute to the implementation of Agenda 2030”, said UNDP Deputy Resident Representative to Ukraine Manal Fouani.

“The recent Human Rights Progress Study showed that two out of three people in Ukraine find out about human rights issues from television, while 53% of respondents acknowledged that television shapes their views on human rights. The increased high level of trust in media imposes significant responsibility on media actors; human-rights based approach in journalism should be a basis in its education.”

The Human Rights Media Festival helps to build a community of young journalists interested in human rights topics and motivated to raise them in media work.

“Standing up for the rights of others is the essence of journalism work. We should not forget that regardless of specialization, the prime responsibility of each journalist is to serve people”, underlined the Head of Institute of Journalism of the Taras Shevchenko Kyiv National University Volodymyr Rizun.

Welcoming participants, Human Rights Center “ZMINA” Board Head Tetiana Pechonchyk mentioned “This year, the festival brought together twice more participants comparing to last year - up to 100 young professionals from 24 universities across Ukraine. It shows the interest of future journalists in human rights issues and the importance of these topics.”

During the week participants were studying how to cover such topics as gender equality and non-discrimination, how to combat hate speech in journalism, be an activist and stand up for the rights of others.

All knowledge received during the festival were applied during workshops in visual art – reportage photo, design of visual materials, and street art. The participants were challenged to produce their works, specifically posters and street murals on human rights topics.

The Human Rights Media Festival is a continuation of the Human Rights Academy for Journalism Professors launched in September 2017 by the Institute of Journalism, the CSO “ZMINA: Human Rights Centre”, and the Ombudsperson’s Office with UNDP support. The first Human Rights Festival for journalism students took place on 26 – 29 August 2018 and brought together more than 40 students from all over Ukraine.

The initiative is implemented in terms of the Human Rights for Ukraine project, implemented by the UNDP in Ukraine with financial support from the Ministry of Foreign Affairs of Denmark. 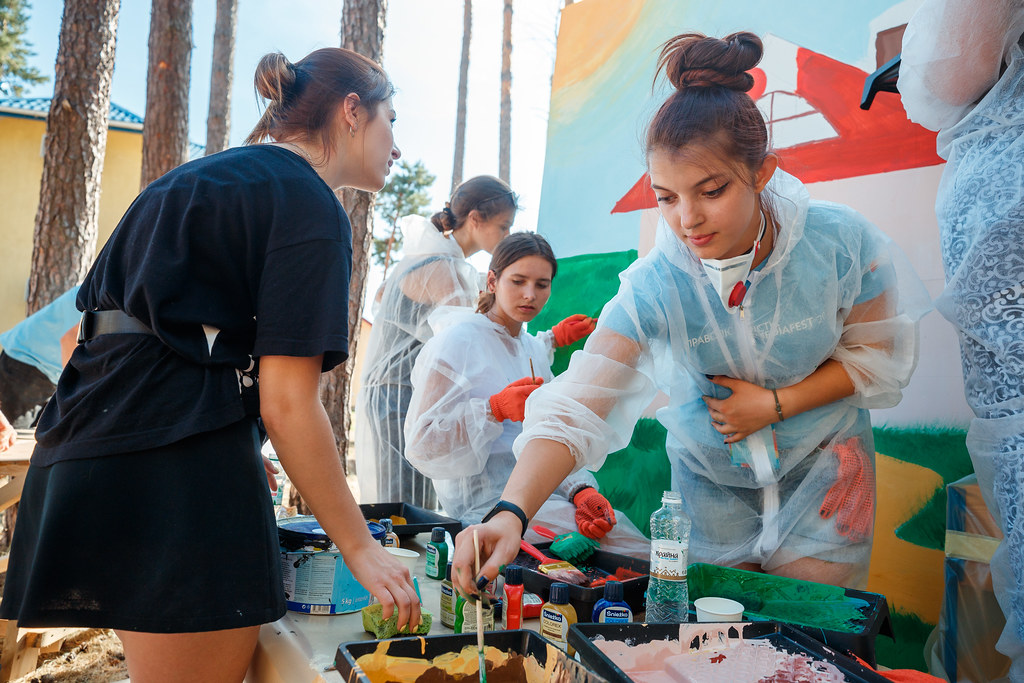