Svyatohirsk, October 22-23, 2019 – The first national forum “UN RPP for Reforms in Eastern Ukraine” took place in Donetsk Oblast. It was organized under the UN Recovery and Peacebuilding Programme with financial support from the EU.

Over 120 representatives of local government bodies in Donetsk and Luhansk oblasts, including the heads of Amalgamated Territorial Communities (ATCs), and representatives of international donor organizations, took part in the event. Together, they summarized the key lessons learned from the implementation of the decentralization reform in eastern Ukraine in 2018-2019.

Deputy Minister of the Ministry for Communities and Territories Development of Ukraine Vyacheslav Nehoda, UNDP Resident Representative in Ukraine Dafina Gercheva, Head of Cooperation Division at the Embassy of Switzerland in Ukraine Nicole Ruder, and Decentralization and Local Governance Advisor Benedikt Herrmann from the Delegation of the European Union to Ukraine, along with representatives of Donetsk and Luhansk oblast administrations gave welcome remarks at the official opening of the forum.

“Donetsk and Luhansk oblasts, despite the conflict, have made a tremendous breakthrough in implementing the decentralization reform,” Nehoda said.

“That is why I always give them as an example to other oblasts that normally have much better conditions to work in, but for some reasons show fewer results. We can clearly see the local people’s aspirations for change, and their readiness to change the environment they live in, and we can also observe a high sense of responsibility in how they go about this. This is essential not only for these two oblasts, but for the whole of Ukraine. After all, the changes happening here, especially in amalgamated communities, are proof that if you long for something – anything is possible.”

“I was in Kramatorsk the other day and I was so impressed with the good quality of roads there,” Nehoda added. “This example is one of the many results stemming from the reform – increased budgets for community development, government support for local projects, and a spike in grass-roots initiatives.  And decentralization played a role in all of this.”

The central topics discussed at the forum were the key achievements and further developments in decentralization reform in the two oblasts and countrywide, sector-based decentralization, and the capacities of the UN RPP's target communities. Forum participants also worked in thematic groups and had a chance to discuss such topics as digital communities, partnerships for sustainable development, anti-corruption strategies, marketing and branding of territories, and the second phase of decentralization reform. Each group came up with specific recommendations that will be taken into account in UN RPP activities.

“Personally, I’m really impressed with the efforts of local residents who, despite the serious challenges, manage to achieve significant development results in their communities” UNDP’s Gercheva said.

“We will continue to provide our full support under the UN’s Recovery and Peacebuilding Programme, as we believe that the decentralization reform will bring significant improvements for the entire population.”

The second day of the forum saw the launch of the project “Mobile Centres for Administrative Service Provision for the Conflict-Affected Population of Eastern Ukraine”, funded by the government of Canada and to be implemented under the UN RPP. Ten mobile administrative service centres will be launched next year and will make regular, scheduled visits to areas along the contact line, as well passing through six entry/exit checkpoints in order to provide citizens there with access to administrative and social services.

The forum’s participants also visited Bakhmut and Soledar ATCs, talked to ATC senior management and visited some enterprises that are major contributors to regional budgets, including SE “Artemsil” and PJSC “Artwinery.” 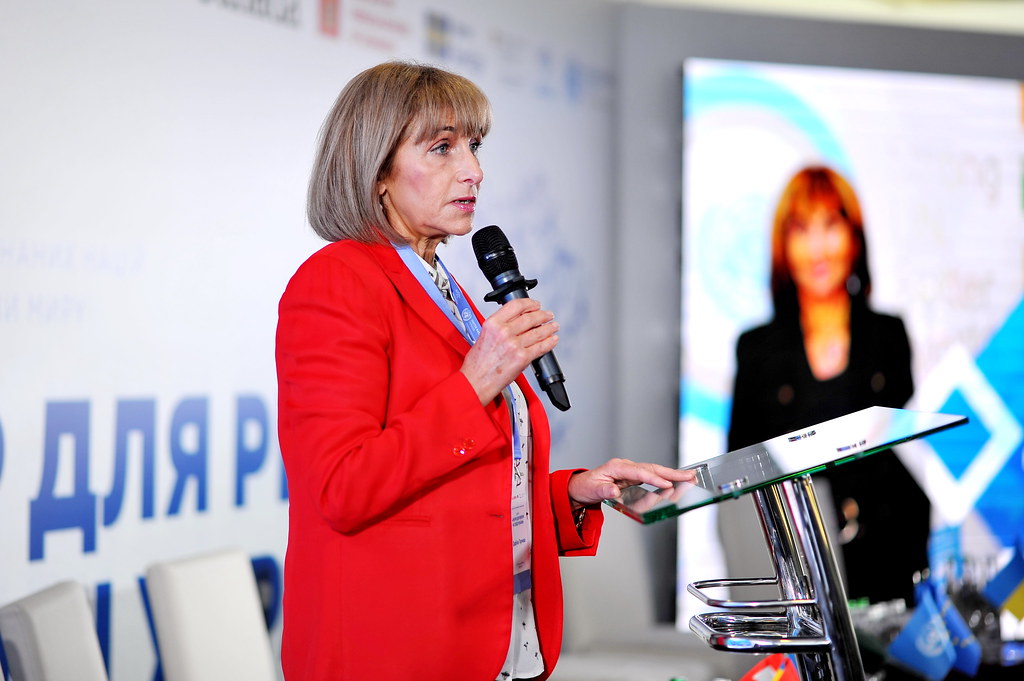