Mariupol, Donetsk Oblast, 11 November 2020 – The European Union and the United Nations Development Programme (UNDP) in Ukraine have made a large donation of technical equipment worth U.S. $110,000 (or over UAH 3 million) to rescue units of the Main Department of the State Emergency Service of Ukraine (SES) in Donetsk Oblast.

Thanks to purchases made by UNDP under the UN Recovery and Peacebuilding Programme,  with financial support from the European Union, rescuers in Donetsk Oblast received a quadcopter, diving equipment, radio- and meteorological stations, a broadcasting system, an underwater metal detector, and a system for wireless underwater communications.

The coordinator of the Social Cohesion and Community Security Component of the UN Recovery and Peacebuilding Programme, Rustam Pulatov, said the purchased equipment would help boost the efficiency of the work done by the rescuers in eastern Ukraine who are risking their lives on daily basis.

“The armed conflict in eastern Ukraine, which has been going on for many years, remains a serious challenge to the security of communities, but thanks to the dedicated work and efforts of Ukrainian rescuers, communities are becoming much safer,” Pulatov said. “We’re grateful to the rescuers for their critical work, and together with our European partners we will continue to develop technical capacities of the SES.”

The donated equipment will be used to tackle natural and human-caused emergencies, as well as for carrying out emergency and rescue missions and work to search for explosive remnants, both on land, and in the water area of ​​the Sea of ​​Azov. In addition, by improving the technical equipment of air reconnaissance units, it will be possible to more quickly eliminate wildfires and cases of arson, which were particularly prevalent in Ukraine this year.

The transfer of the equipment also featured the official presentation of the “SES-101” mobile application for rapid responding to emergencies, which can already be downloaded for iOS and Android smartphones. Its development was based on the principles of accessibility, so that people with disabilities can easily use the application to communicate with emergency services.

Oleksii Migrin, Head of the State Emergency Service of Ukraine in Donetsk Oblast, said the mobile application will significantly increase the level of assistance to the population in any emergencies, as well as improve the communication process between citizens and the SES.

“We’ve been working on the development of this mobile application for almost a year, and it has been working in test mode since September,” Migrin said. “Thanks to this development, the process of informing the population will be improved, which will be especially relevant this winter, for example, during snowstorms.”

Software development, the special training of dispatchers, technical support, and the purchase of specialized computer equipment to ensure the functioning of the mobile application were carried out under the UN Recovery and Peacebuilding Programme, with the financial support of the European Union.

Under the UN Recovery and Peacebuilding Programme, rescuers from Donetsk Oblast are being provided with regular support: Earlier in August they received digital communication equipment, and in July the oblasts units received technical equipment worth U.S. $70,000. 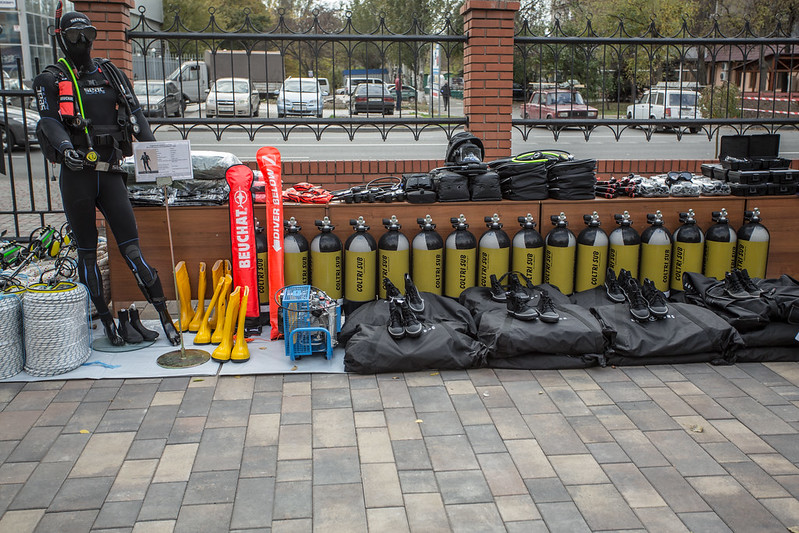