UNDP, Norway to work together in Ukraine to support women’s participation in local politics

Under the project, which has a budget of nearly $100,000, UNDP and Norway will work together to promote women’s political participation in local government in Ukraine, as well as to strengthen the institutional capacity for gender-responsive decision-making in amalgamated territorial communities.

Women’s equal participation and representation in the local decision-making processes is critical for prioritizing women’s needs and issues in local governments’ agendas, and for localizing the Sustainable Development Goals (SDGs), explained UNDP Resident Representative Dafina Gercheva, after signing the agreement with the Royal Norwegian Embassy in Kyiv.

“The promotion of gender equality and women’s empowerment are central to the mandate of UNDP and its development approach to deliver on the 2030 Agenda,” Gercheva said.

“As Ukraine approaches the local elections, it is important to raise awareness of the need for gender equality and equal representation. Having more women in decision making will help Ukraine achieve its commitments to gender equality and human rights and will ensure that different perspectives inform policies on the way to achieving the SDGs.

“This new UNDP initiative, which will be implemented with support of the Government of Norway, will focus on supporting women councillors in their new roles, helping them take conscious and deliberate actions that make a difference.”

Newly elected women councillors, in particular those representing vulnerable groups such as rural women and women with disabilities, in amalgamated territorial communities in Kherson, Mykolaiv, Zakarpattia and Khmelnytskyi oblasts will be able to take part in activities to enhance their effectiveness in their new public roles and further influence local decision-making.

The project, which will run from August 2020 until July 2021, also aims to enhance public awareness about the need for full, equal, free and democratic participation of women on equal terms with men in political and public life. It will feature a public communication campaign and the launch of an online course.

The new initiative is part of UNDP’s broader support for democratic governance reforms in Ukraine and boosting women’s political participation in the country.

UNDP and the Kingdom of Norway, which is one of UNDP’s largest contributors globally, intend to further strengthen their co-operation and to implement activities that are consistent with and supportive of UNDP’s mandate and Strategic Plan, including promotion of the implementation of Agenda 2030 and the Sustainable Development Goals. 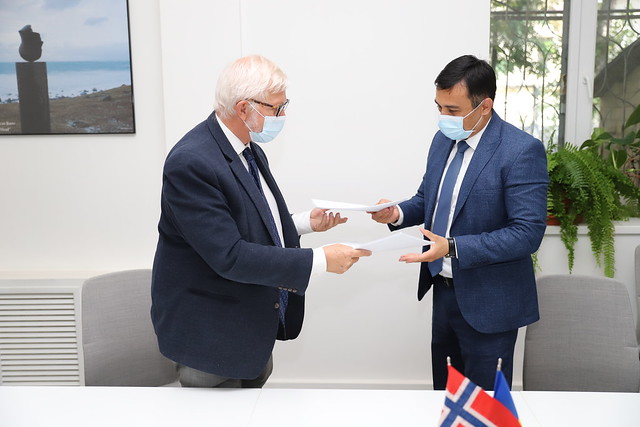