The police stations, in the town of Zolote and in the village of Krasnorichenske, will help maintain public order and restore security in conflict-affected region

The police station in Zolote, a town located practically on the ‘contact line,’ will serve not only the population of the town of almost 14 000 people, but also the population of the Hirske territorial community (around 40 000 people), which includes five settlements located on the ‘contact line’ – Krymske, Katerynivka, Nyzhnie, Novotoshkivske and Orikhove. Previously, the town, part of which (Zolote-4) still remains in a zone of active hostilities, did not have a police station that could adequately cover the needs of the local population in terms of security and maintenance of public order.

The village of Krasnorichenske, home to vulnerable groups, including IDPs, people with disabilities and low-income families, also has a police station for the first time. The new police station is located in the heart of the village, and will serve the entire local population of more than 6,000 people. In addition, a community police officer will start working in the village on a permanent basis.

UN Recovery and Peacebuilding Programme Manager Victor Munteanu stressed that the security of people living in conflict-affected communities in eastern Ukraine, especially those located close to the ‘contact line,’ remains a key priority for UNDP, and that the police play a crucial role in ensuring people’s safety.

“By opening these two police stations – one in Zolote and one in Krasnorichenske, Luhansk Oblast – we’re improving the quality of life for many conflict-affected citizens,” Munteanu said. “These police stations bring the government and its protection closer to the local population, and we want people to know that no matter how difficult and dreadful a certain situation might seem, they can always ask for help, and they are never alone.”

The overhaul of the buildings of both stations was carried on the basis of Universal Design principles, making it easier for the two stations to serve as many citizens as possible.

The head of the Hirske City Civil-Military Administration, which includes the city of Zolote, Oleksii Babchenko, said it was important to ensure that the people in the community, which is located on the ‘contact line,’ received high-level security services.

“Since 2020, the population of the community in the town of Zolote has increased to 14,000 people, so a police presence is very necessary here,” Babchenko said. “We focus on the work of the entry-exit checkpoint in Katerynivka, which will receive people from non-government controlled areas, and their safety is also our priority. That is why the station, which will work in this format, will serve not only local residents, but also will be of use to all who visit our community.”

Head of Krasnorichenske Territorial Community Serhii Hlushchenko noted that the community had long been waiting for the opening of a police station.

“The services provided by the police were available to our fellow villagers only on certain days, when a district inspector from the neighbouring Kreminna came to the village,” Hlushchenko said. “Today, our residents can turn to the police for help around the clock, and this is a big achievement for our community.”

The work to renovate the premises of the two new police stations was carried out by UNDP under the UN Recovery and Peacebuilding Programme, with the financial support of Denmark, Sweden and Switzerland. In Zolote, the total cost of the work was U.S. $78,133.17 (over UAH 2 million), while the cost of the work in Krasnorichenske was $38,599 (over UAH 1 million). 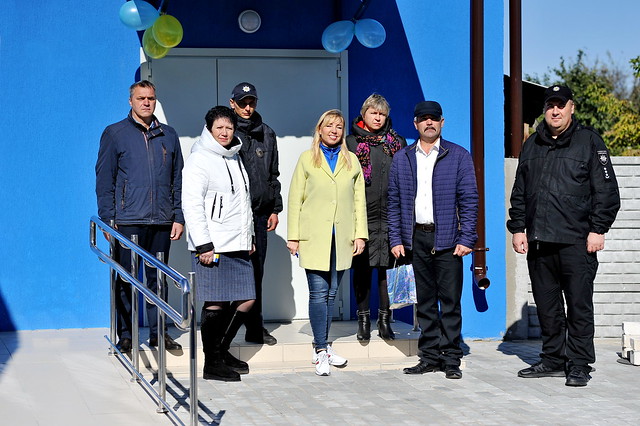 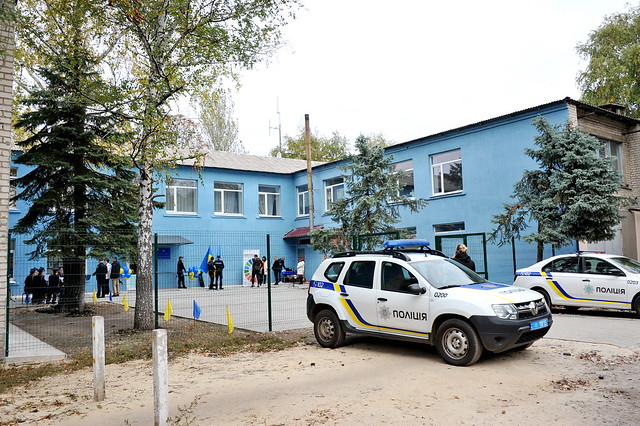