At the centre, teachers of Donetsk Oblast will be able to create modern video content for students who study remotely, in particular in non-government controlled areas

The centre will bring together teachers and pupils from all across Donetsk Oblast, including 15 distance learning schools at which more than 2,000 pupils from non-government controlled areas of Donetsk and Luhansk oblasts are currently studying. At the centre, teachers can learn how to create their own video content and record their own video lessons.

The Head of the Community Security and Social Cohesion Component of the UN Recovery and Peacebuilding Programme, Federica Dispenza, stressed that the protracted armed conflict in eastern Ukraine and the COVID-19 pandemic must not stand in the way of quality education.

“We at the UN Recovery and Peacebuilding Programme are convinced that quality education should be equally accessible to all to ensure children and young people, without any exceptions, have the tools and the means to fulfil their potential and contribute to the future development of their communities," Dispenza said.

“This centre, which is now opening its doors in the Donetsk Oblast, will accelerate and expand educational opportunities for young women and men, and especially for those students residing in non-government controlled areas. We also sincerely believe that the zeal and determination already shown by both teachers and students will drive communities in eastern Ukraine towards a fast and sustainable recovery.”

The digital education centre is equipped with professional equipment for video recording, editing and video processing. The centre will employ professionals who will help teachers master the techniques and develop the skills needed to create quality educational video content.

The Deputy Head of Donetsk Oblast State Administration, Yuliia Kostiunina, said that the centre would foster the development of digital education in eastern Ukraine.

“The centre will be an educational heart where not only teachers can learn how to apply new up-to-date approaches and use digital tools for learning, but also a place where new scientific talents will grow, which in the near future will hasten economic growth and community development in eastern Ukraine,” Kostiunina added.

The centre was opened by UNDP under the UN Recovery and Peacebuilding Programme in partnership with the Donetsk Regional Institute for Postgraduate Pedagogic Education and the Donetsk Oblast State Administration, with the financial support of the European Union. The total cost of the project was UAH 400,000 (U.S. $15,000). 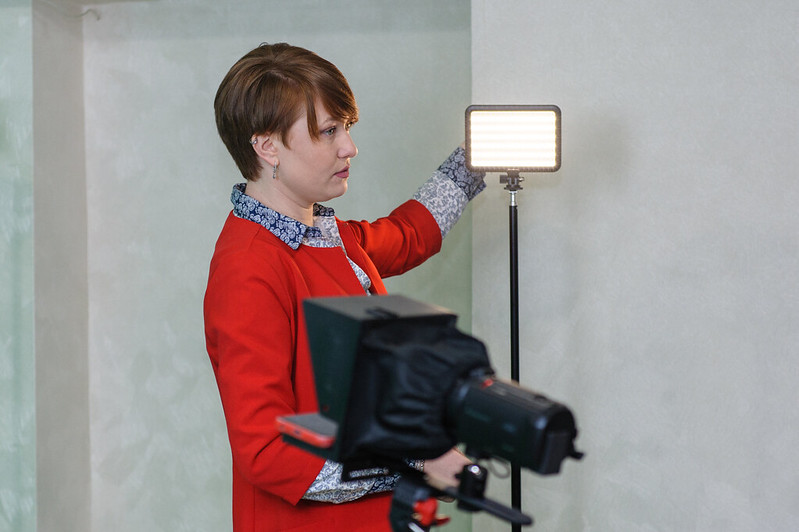