Kyiv, 17 September 2021 – More than 100 representatives of non-governmental organizations of Donetsk and Luhansk oblasts, law enforcement agencies, courts, local authorities of Donetsk and Luhansk oblasts, as well as relevant ministries and departments took part in the “Domestic Violence Prevention and Response: Coordinating Joint Efforts to Respond to Domestic Violence” forum on 16-17 September in Kyiv.

Forum participants aim to assess the scale of the problem and develop a common vision for overcoming and preventing various forms of violence.

According to a study by the World Health Organization, one in three women in the world has been abused, and one in four women between the ages of 15 and 24 has been abused by a partner. These data were collected before the COVID-19 pandemic, which is known to have only increased the number of those facing various forms of violence.

However, the problem of violence affects not only women but also men. For example, in 2020, the bodies and institutions entrusted with implementing measures to prevent and combat domestic violence in Ukraine received 211,362 complaints of domestic violence, including 27,676 from men. The growth of such alarming dynamics in Ukraine and the world once again confirms the urgency of holding such large-scale events such as the forum in order to lay the foundation to make a systematic shift to overcome this problem, with the participation of a range of partners working in different areas.

In his opening speech, UN Recovery and Peacebuilding Programme Manager Victor Munteanu stressed that the event would be a good platform to develop a holistic vision of how unifying joint efforts reduce violence and help protect those most in need.

“We’re deeply convinced that in today's world there is no place for violence, and that all people, without exception, deserve complete security, fully knowing that their lives are not in danger,” Munteanu said. “Our joint task with national and international partners is not just to fight violence, but to be able to prevent it on time. However, we want people who have already been abused not to be left alone with the problem and to know how to – and most importantly, not to be afraid to – seek help, and not tolerate any form of violence.”

Advisor – Commissioner of the President of Ukraine for the Barrier-Free Environment, Tetiana Lomakina said that response systems should be set in place to allow anyone who has experienced domestic violence to quickly seek and receive help.

“Last year, the First Lady of Ukraine started an important conversation about barrier-free accessibility,” Lomakina said.  “It concerns the barriers that hinder us, the barriers that prevent us from moving forward, the barriers that we have to remove. But before we remove them, we must understand them. A lot of work has already been done: the National Strategy for Creating a Barrier-Free Space in Ukraine has been created, an Action Plan for the implementation of the National Strategy has been created, and each ministry has developed its own action plan. Regional plans and programmes are also being developed, and it is important that the means and tools to respond to domestic violence are reflected there. We have a task to work on a clear-cut system of response, and the public has a task to control its effectiveness.”

The forum focused on sharing experiences and discussing effective practices for preventing and combating domestic and gender-based violence, raising the issue of violence against vulnerable groups, including people with disabilities, and how to stop it.

Prosecutor General Iryna Venediktova identified the fight against domestic violence as one of the key priorities in the work of prosecutors at all levels in 2021.

“Every day the work of prosecutors becomes more visible in this direction,” Venediktova said. “But in order to effectively prevent and combat domestic violence, it is important to involve not only law enforcement agencies, but also other executive and local governance bodies. The forum, organized by UNDP, is a guarantee that a dialogue can be maintained while paving the way to overcoming the shameful phenomenon of domestic violence through the consolidated efforts of all stakeholders.”

Moreover, the judicial practices for combatting violence and determining the criminal punishment for offenders were discussed at the forum, along with possible methods of effective interagency cooperation to prevent and combat domestic and gender-based violence in Ukraine.

“Dialogue with the population and the extent to which our society is ready to speak about the topic of domestic violence, and not tolerate it, plays an important role in overcoming this phenomenon,” Pavlichenko stressed.

The forum was organized by UNDP under the UN Recovery and Peacebuilding Programme with financial support from the governments of Denmark, Sweden, Switzerland, the Kingdom of the Netherlands and the European Union. About half of all the participants joined in the event online as a measure to help prevent the spread of COVID-19. 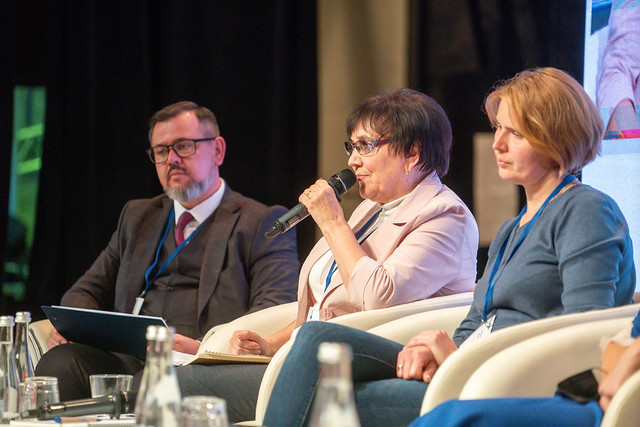 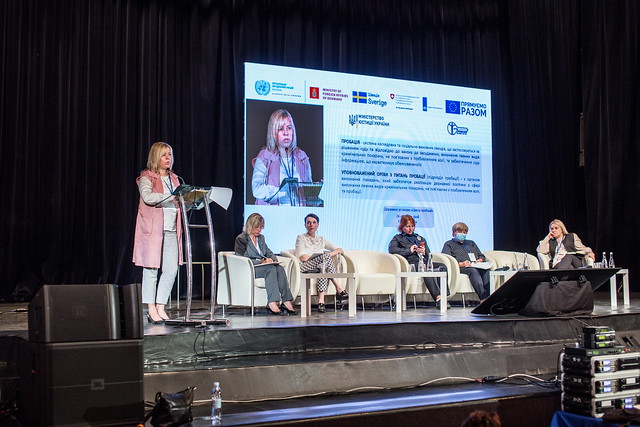